We're kicking off the Sew Long Summer blog tour this week. We have some really fun and inspiring creations for you again this year.

Sew Long Summer is all about getting those transitional wardrobe pieces ready; finishing up all those things we meant to make this summer; and well, basically whatever Sew Long Summer means to you. 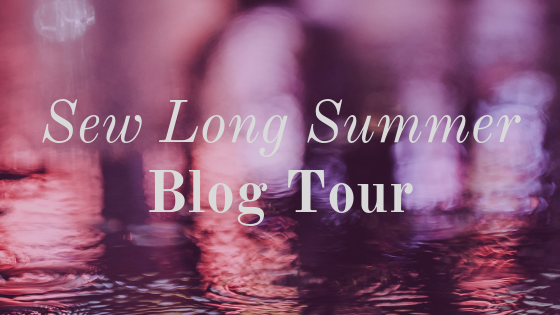 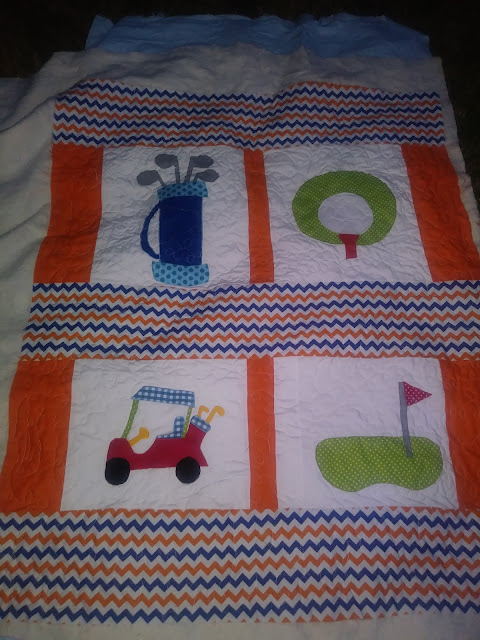 Welcome back.   I usually try to share clothing items on this blog, but I have not has much time for sewing clothing.   So today, I want to share about this fun quilt I made.

This quilt was made for my bosses new little boy. My boss is a golf addict, and when I found out they were having a boy, I decided a golf quilt would be fun. 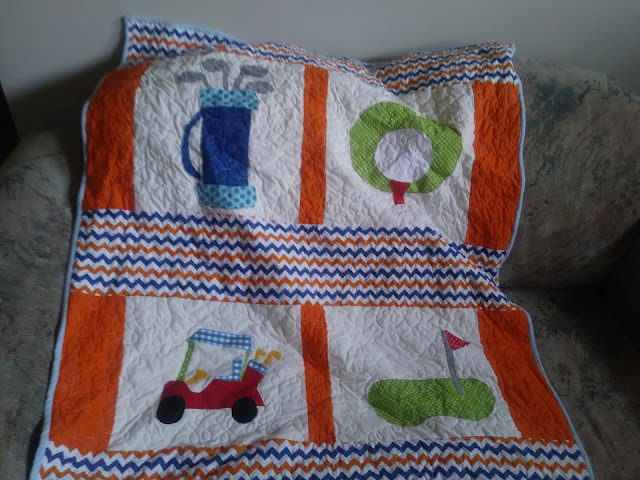 Their little girl like a golf as well, so I may make one in pinks and purples for her.  She can use it when she snuggles with her daddy on the couch and they are watching golf.

I have a more detailed blog about it here https://kathyskwiltsandmore.blogspot.com/2019/09/its-tee-time-baby-quilt.html?m=1


Please check out the other bloggers this week. They are all sharing some fabulous makes.

We're kicking off the Sew Long Summer blog tour this week. We have some really fun and inspiring creations for you again this year.

Sew Long Summer is all about getting those transitional wardrobe pieces ready; finishing up all those things we meant to make this summer; and well, basically whatever Sew Long Summer means to you. 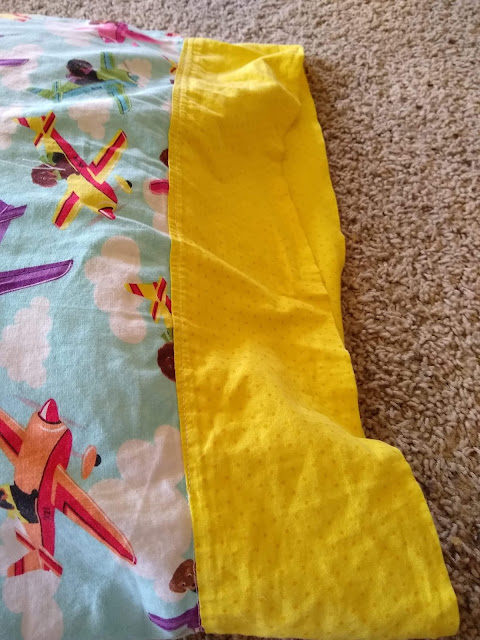 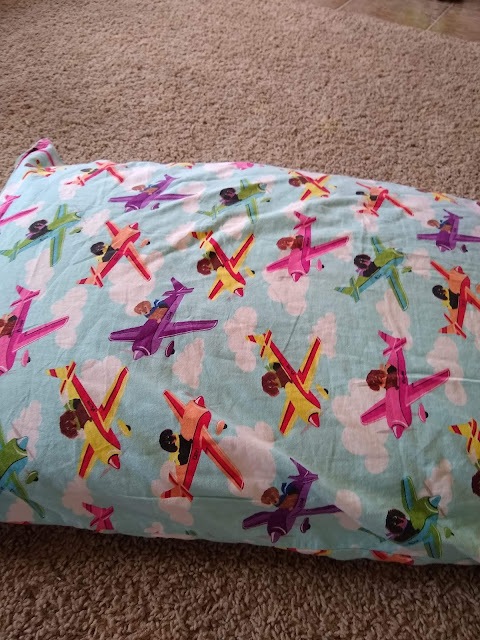 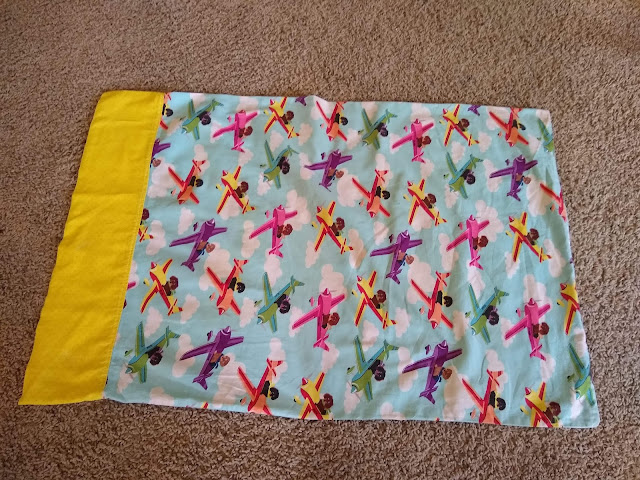 Today I decided to share a pillowcase that I am doing for 1 of my grandkids.  I will be doing some for all of them, there are 8, but the youngest is just 2 weeks, so she might not get one right away.  These pillowcases are so easy to make and one of the best things about making things for my grandkids is they absolutely love them.   I could write out the directions, but instead I will give you a link to the directions I use. http://www.allpeoplequilt.com/bags-pillows-gifts/pillows/roll-it-pillowcase-pattern.


Please follow these blogger friends of mine for some awesome makes.  It just may give you some ideas.

Today is my day for the blog hop and I want to thank Arielle at www.seenandsewnpatterns.com for the pattern and Melissa at www.mahlicadesigns.wordpress.com for hosting.

Welcome to the Seen & Sewn Together blog tour.

Arielle from Seen & Sewn Patterns is creating patterns with a focus on encouraging people to join the #handmaderevolution by sewing their own handmade wardrobe. A nice group of sewing bloggers have joined together to share with you how we’ve taken the Seen & Sewn Patterns and let our creativity loose with them. We want to inspire you whether you’re just starting or well on your way to building your handmade wardrobe. 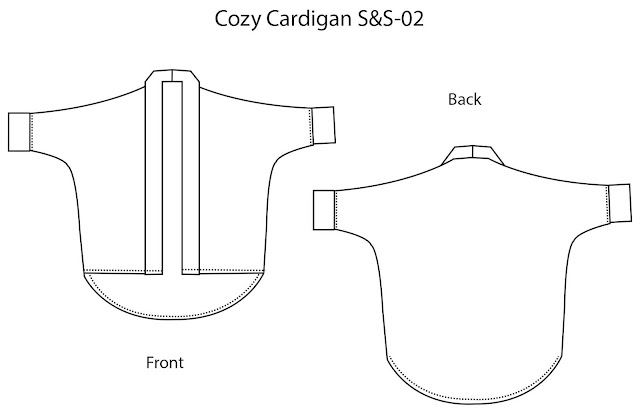 The pattern I am reviewing today is the Cozy.   It is a nice sweater pattern but can also be used as a swimsuit cover up or even a robe.   The way it is designed is for a hi low look but you could easily shorten the back and make it the same length all the way around.   You could wear it with anything.

I am making mine out of a stretch lace that has been in my sewing room for a while. 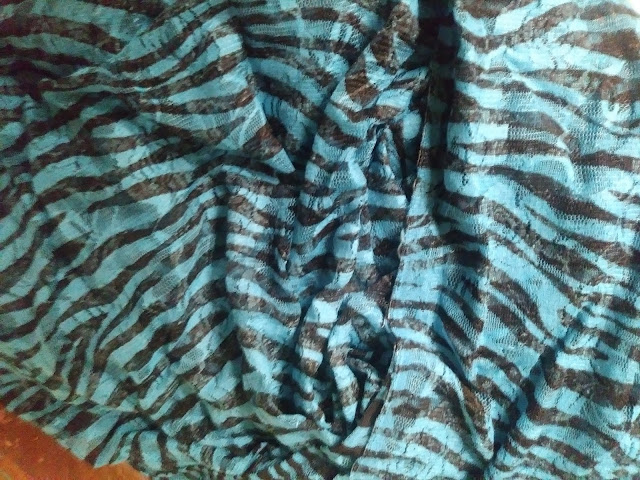 I apologize that mine isn't done yet, I have had lots of crazy work hours and family stuff.   I will get it done in the next few days and share it here and on my facebook page https://www.facebook.com/Sew-Cute-Couture-By-Kathy-626603334360676/?ref=br_rs.

The extra fun part for you is that we have a prize pack giveaway from Seen & Sewn Patterns that you can enter below. The prize pack for US residents includes 1 pattern of choice, a Slow Fashion Tee, and a Slow Fashion Pin. For our international readers the prize pack would include a copy of all Seen & Sewn PDF Patterns. Bonus! All readers will receive a coupon code for up to two patterns of choice for $1 each (expires 6/30/19)

The tour includes these talented sewists, so I hope you’ll follow along this week.

Let’s Go Hobby, Sewing from Scratch, Craftstyle Living, Mama You Can Make It

Claire Cruse, Make It Sew with the Bear and Pea Atelier, Sew Cute Couture by Kathy


Enter to win something good here!

Today is my stop on the breaking ground blog tour hosted by Melissa at www.mahlicadesigns.wordpress.com

We were told to choose a designer that was new to us.  So, I knew there were lots I had not tried.  I happened to get an email with a list of some free patterns, and I saw a Free T-shirt pattern for boys.  Great. I had to get a birthday gift made for a grandson, so I decided to share that.

The pattern is from Emily at www.lifesewsavory.com.  she has been around for a while, but I had just heard of her.  I love when free patterns are offered as it gives you a chance to try out that designer.

The pattern I chose is the boys t-shirt pattern.  It went together very fast, and the directions were very easy to follow. I needed fast and easy because I have been working crazy overtime.

She has many other patterns I would like to try.  I will definitely use her patterns again.


By the way, my grandson loved his new shirt. 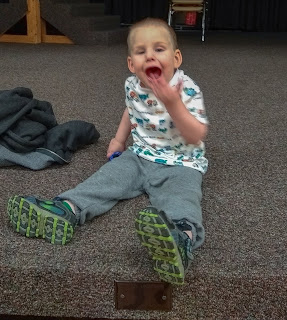 Please check out what the other bloggers have done.

Welcome to the Breaking Ground Blog Tour 2019. This year over 25 bloggers from around the world are joining with me to break new ground by trying a pattern designer that is new to them, try new techniques, new styles, or whatever way they want to push themselves. (Read on for Giveaway info) The Full Tour includes all these creatives... we hope you'll visit us each day: Monday March 11- That's Sew Lily, Sewing A La Carte, Mijn 11jes & ik Tuesday March 12- mahlicadesigns, Embrace Everyday, Jot Designs, auschick sews, Raising Stripling Warriors Wednesday March 13- Musings of A Seamstress, Very Blissful, Sew4Five, Just Sew Something, Hazelnut Handmade, Crafting Through Time, Tales From A Southern Mom Thursday March 14- Make It Sew with the Bear and Pea Atelier, Ronda B Handmade, SequioaLynn Sews, Sewing with D, The Sewing Goatherd, OOYAmade, My Golden Thimble, Custom Made by Laura Friday March 15- Sew Cute Couture by Kathy, Sewing Novice, Ronda B Handmade, Momma Bear Sews, MeMade, My Golden Thimble, Lulu & Celeste 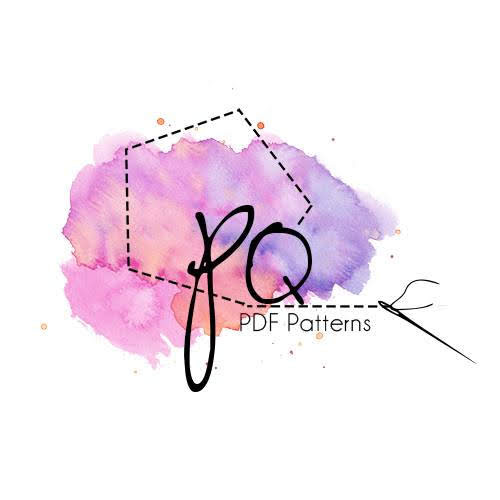 Breaking News: our tour sponsor Phat Quarters is offering 2 patterns of choice from her pattern shop to one lucky winner.

***
We'd love to see how you're Breaking Ground this month. Share with us what you're working on by using the hashtag #BreakingGround2019 across social media.
Posted by Kathy at 3:00 AM 3 comments:

Well, that was a fast week.   I have been working on organizing my sewing stuff, but not in my space.  I sew downstairs, usually, but the last few weeks it has been in my kitchen.  It is hard to sew in there, because I do not always clean up my projects.

So, I do have some pictures to show of progress being made.   We had a forced remodel due to some sewage flooding through the city sewage lines. 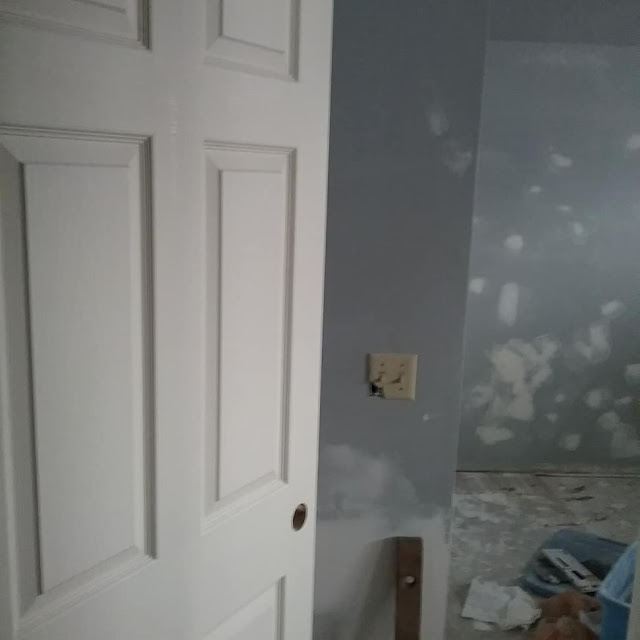 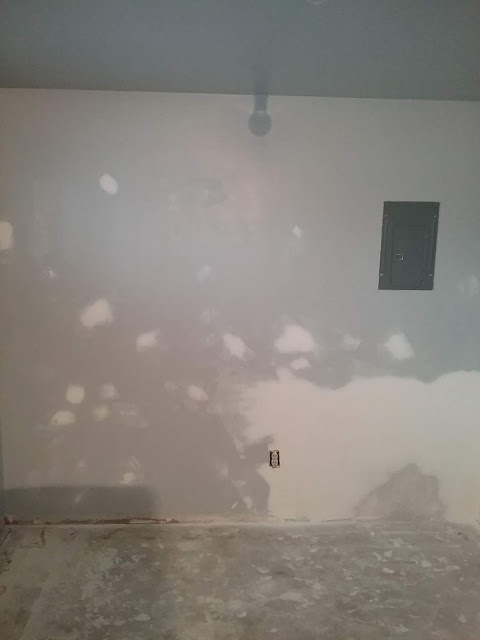 But, I wanted a finished project, so I made a quick throw pillow.  I make them in an envelope style, easily removable and easy to store so I can change often. 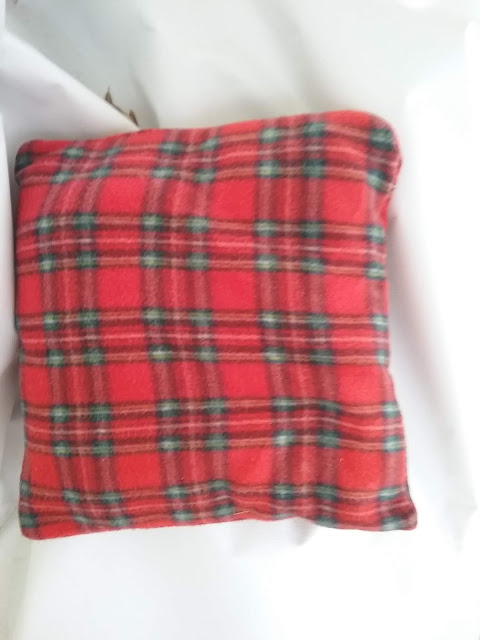 I hope you have had a chance to sew this week. I would love to hear what you have made or are working on.

I love when you leave comments.

Kathy
I am a mom, wife and grandma to 6 wonderful and awesome grandkids. I work full time as a professional seamstress, and quilt and sew whenever I get a chance. I love sewing for designers as a pattern tester and my kids and grandkids love the results that come from doing so.